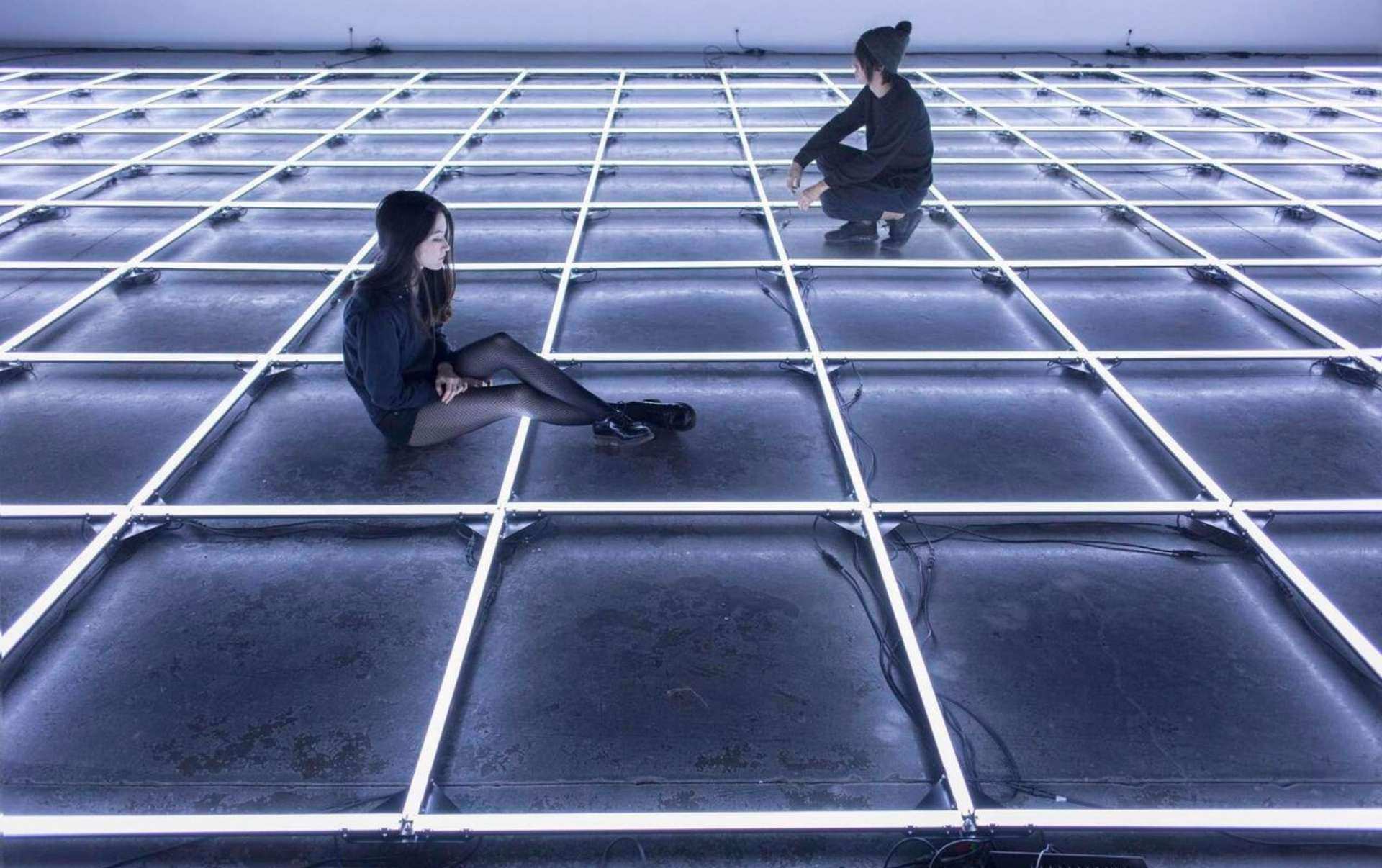 WASHINGTON, DC​ – ARTECHOUSE, the first innovative art space dedicated to arts and technology, in partnership with the Optical Society (OSA), the American Physical Society (APS), and the American Institute of Physics (AIP) celebrates the inaugural International Day of Light with an innovative exhibition by an internationally acclaimed artist studio – NONOTAK. The exhibit will open at ARTECHOUSE, 1238 Maryland Ave SW, Washington DC on International Day of Light – May 16th, 2018 with a private viewing and will be on view for public from May 17th through June 30, 2018.

“​Light is part of our everyday life and for centuries optics have revolutionized every field of
science. Today it is about to revolutionizing the world of art, and we are thrilled to be at the forefront presenting and sharing this new innovative medium in art with the public,​” Sandro of ARTECHOUSE.

NAKED EYES is the first U.S. solo exhibition by the world-renowned artist studio NONOTAK. Incorporating the latest lighting and digital technology, the exhibition will feature four new installations and a new performance. An exploratory experience, it encourages visitors to focus on their emotional connection with the artwork, seeking unique viewpoints and merging with the installations as they move about.

“​It reflects the notion of “light” being an abstract matter, which needs intervention and design to become shape and volume. In this exhibition, light has been sculpted, contained, diffused, projected and reflected so Naked Eyes can enjoy the 3 dimensionality of it,​” says Noemi of NONOTAK.

NONOTAK also known as Nonotak Studio is the collaborative installation and performance project founded by illustrator Noemi Schipfer and architect & musician Takami Nakamoto. Nonotak work with light & sound installations and performance pieces to create ethereal, immersive and dreamlike environments which are built to envelope, challenge and stagger the viewer capitalising on Nakamoto’s approach to space & sound and Schipfer’s experience with kinetic visual and complex, geometric illustrations.

NONOTAK brings a kinetic element to light with COMA. As visitors walk through Gallery 2 the moving sculptural element of the bright lights on pedestals will juxtapose the diffused light emitting from the structures and reflecting on the walls, transforming the environment into an active exploration of light.

ZERO POINT ONE uses the thinnest light source to materialize light as a volume that appears to float in space. It is almost hard to believe that it is not appearing out of thin air like magic. This geometric exploration of the X and Y axes is a hypnotic performance that manifests before the visitors eyes.

ARTECHOUSE, based in Washington, DC, is a first of a kind innovative art space dedicated to showcasing experiential and technology driven works by artists who are forerunners of the new
age in the arts and technology. With a mission to inspire, educate, and empower the creation of new, experiential and exploratory art form, ARTECHOUSE connects audience to the arts, and stimulates interest in the limitless possibilities of technology, science and creativity. Since it’s opening in June 2017 ARTECHOUSE has welcomed over 150,000 visitors and was featured on New York Times, BBC, USA Today, National Geographic, CNN, Washington Post and numerous other national and international media outlets as the premier contemporary art space. ARTECHOUSE also

Nonotak also known as Nonotak Studio is the collaborative installation and performance project founded by illustrator Noemi Schipfer and architect & musician Takami Nakamoto. It was conceived in 2011 with a commission from architect Bigoni-Mortemard to create a mural in the lobby of a public housing building in Paris. Nonotak work with light & sound installations and performance pieces to create ethereal, immersive and dreamlike environments which are built to envelope, challenge and stagger the viewer capitalizing on Nakamoto’s approach to space & sound and Schipfer’s experience with kinetic visual and complex, geometric illustrations. Nonotak are also known for using custom built technology in many of their pieces as well as using conventional technology in unconventional ways to generate a certain desired effect.

Nonotak’s acclaimed installation piece Daydream V2 was nominated for the Prix Cube in 2013 and they were awarded the Art Directors Club of New York (ADC) Young Guns award in 2016. Nonotak were also selected as part of Forbes 2016 30 Under 30 Europe for the Arts. The New York Times recently rated Nonotak performance piece Shiro as one of the top 15 performances of Sónar Barcelona 2017.

ABOUT THE OPTICAL SOCIETY

Founded in 1916, The Optical Society (OSA) is the leading professional organization for scientists, engineers, students and entrepreneurs who fuel discoveries, shape real-life applications and accelerate achievements in the science of light. Through world-renowned publications, meetings and membership initiatives, OSA provides quality research, inspired interactions and dedicated resources for its extensive global network of optics and photonics experts.

ABOUT AMERICAN INSTITUTE OF PHYSICS (AIP)

The American Institute of Physics (AIP) is a federation of scientific societies in the physical sciences, representing scientists, engineers, educators, and students. AIP offers authoritative information, services, and expertise in physics education and student programs, science communication, government relations, career services, statistical research in physics employment and education, industrial outreach, and history of the physical sciences. AIP publishes Physics Today, the most closely followed magazine of the physical sciences community, and is also home to the Society of Physics Students and the Niels Bohr Library and Archives. AIP owns AIP Publishing LLC, a scholarly publisher in the physical and related sciences. This project is supported by the AIP/Member Society Venture Partnership Fund.

The American Physical Society is a nonprofit membership organization working to advance and diffuse the knowledge of physics through its outstanding research journals, scientific meetings, and education, outreach, advocacy, and international activities. APS represents over 55,000 members, including physicists in academia, national laboratories, and industry in the United States and throughout the world. Society offices are located in College Park, MD (Headquarters), Ridge, NY, and Washington, D.C.

VersalumeTM LLC is an integrated solutions provider and leading activities to transform lighting as we know it today. This Silicon Valley-based company focuses on rapidly developing smart, integrated products and solutions using Corning® Fibrance® Light-Diffusing Fiber technology. Versalume is working closely with a variety of designers and industry pioneers to creating endless opportunities for markets such as consumer electronics, wearables, architecture, automotive, and medical.