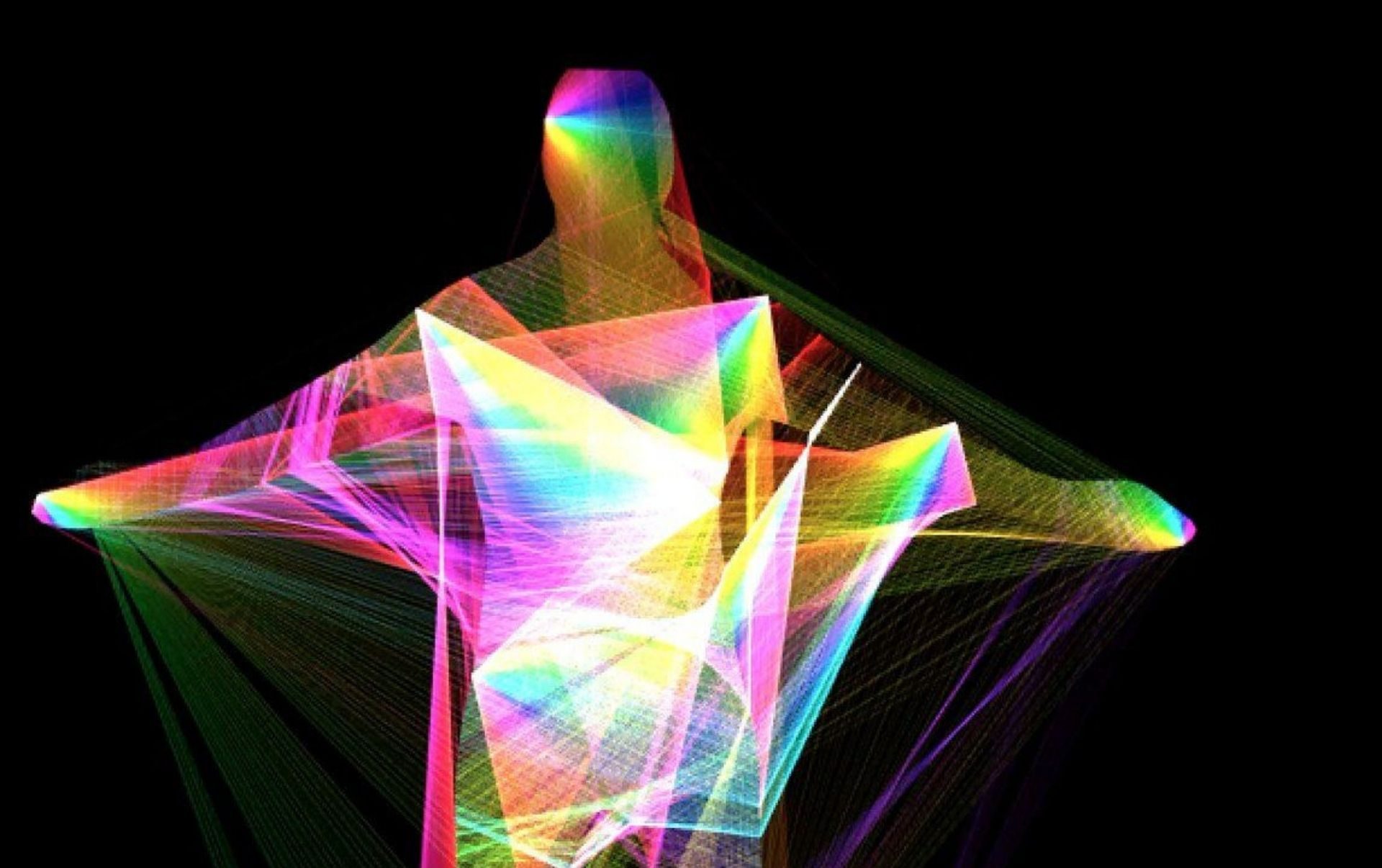 ARTECHOUSE D.C. kicks off its 2020 season with a collaboration with one of the most dynamic pioneers in the field of coding and interactive media. Zach Lieberman explores new forms of expression and play, with a simple goal: to surprise the viewer by breaking down the boundaries between the visible and invisible.

WASHINGTON, DC – ARTECHOUSE, nation’s first innovative digital art space with multiple locations across the United States including Washington, DC, New York and Miami, opens its 2020 Washington season with Zach Lieberman’s Future Sketches. The exhibition, opening to the public on January 17th invites its visitors to reconsider the world of human gesture and amplify them in different ways – making drawings come to life, imagining what the voice might look like if we could see it, and transforming peoples silhouettes into music.

ARTECHOUSE curatorial team, led by founder Sandro Kereselidze continues to use creativity, technology and innovation to educate and delight visitors, as well as empower the artist community looking for new ways to showcase their cutting edge projects. The latest in their series of collaborations with some of the most innovative artists working at the intersection of art and technology today, brings to D.C. the work of Zach Lieberman, one of Fast Company’s Most Creative People of The Year, and the winner of Golden Nica from Ars Electronica, as well as the Interactive Design of the Year Award from Design Museum London.

“Zach Lieberman is a true pioneer of this century. With his unique ability to code and shape creative experimentation, he is a poetic scientist of art and tech. It is in ARTECHOUSE’s mission to recognize the greatest living new media artists and we are proud to collaborate and present his work to the greater public,” says Sandro Kereselidze.

Future Sketches is the first solo exhibition of Lieberman’s work in Washington D.C., with an emphasis on his eclectic style of sketching with code for creative exploration. The installations presented draw on over a decade of work and research in the field of media art, exploring how the body, voice and gesture can be transformed in expressive ways. Questioning, How can computers help us understand what is human and unique about us? What does code feel like? The installations also pull from his years long practice of daily sketches, short poems created with code which dance along the border of design, art, magic and wonder.

“The title “Future Sketches” is derived from a letter written by Muriel Cooper, a pioneer at the intersection of design and computation, where in submitting a visual essay, she ended the text “This will stand as a sketch for the future.” – says Lieberman – “The works presented here suggest different possible futures — for the intersection of computation and design, for human computer interaction and for an expressive augmented reality.”

Why this exhibition, and why now? “At a time when large companies and commercial forces are shaping the conversations around key technologies such as machine learning, augmented reality and computer vision, we need artists and designers to imagine new, more empathetic, more expressive and more playful futures.” – says Lieberman”

Future Sketches will open for a press and media preview on January 16th (with behind-the-scenes time slots available in the days earlier that week) and open to the public starting January 17th, 2020.

Single and group tickets ranging from $8-16 can be reserved in advance at artechouse.com

Zach Lieberman is an artist, researcher and educator with a simple goal: he wants visitors surprised. In his work, he creates performances and installations that take human gesture as input and amplify them in different ways — making drawings come to life, imagining what the voice might look like if we could see it, transforming peoples silhouettes into music. He’s been listed as one of Fast Company’s Most Creative People and his projects have won the Golden Nica from Ars Electronica, Interactive Design of the Year from Design Museum London as well as listed in Time Magazine’s Best Inventions of the Year. He creates artwork through writing software and is a co-creator of openFrameworks, an open source C++ toolkit for creative coding and helped start the School for Poetic Computation, a school examining the lyrical possibilities of code.

ARTECHOUSE, founded in Washington, DC, and now with outposts in Miami and NYC, is the nation’s first innovative digital art space dedicated to showcasing experiential and technology driven works by artists who are forerunners of the new age in the arts and technology. With a mission to inspire, educate, and empower the creation of new, experiential and exploratory art form, ARTECHOUSE connects audiences to the arts, and stimulates interest in the limitless possibilities of technology, science and creativity. Since its opening in June 2017 ARTECHOUSE has welcomed over 700,000 visitors and was featured in the New York Times, BBC, USA Today, National Geographic, CNN, the Washington Post and numerous other national and international media outlets as the premier contemporary art space. ARTECHOUSE also houses the first in the U.S. Augmented Reality bar serving drinks activated with its free AR mobile app available on app store and google play.