ANNOUNCING: EVERYTHING IN EXISTENCE by fuse* 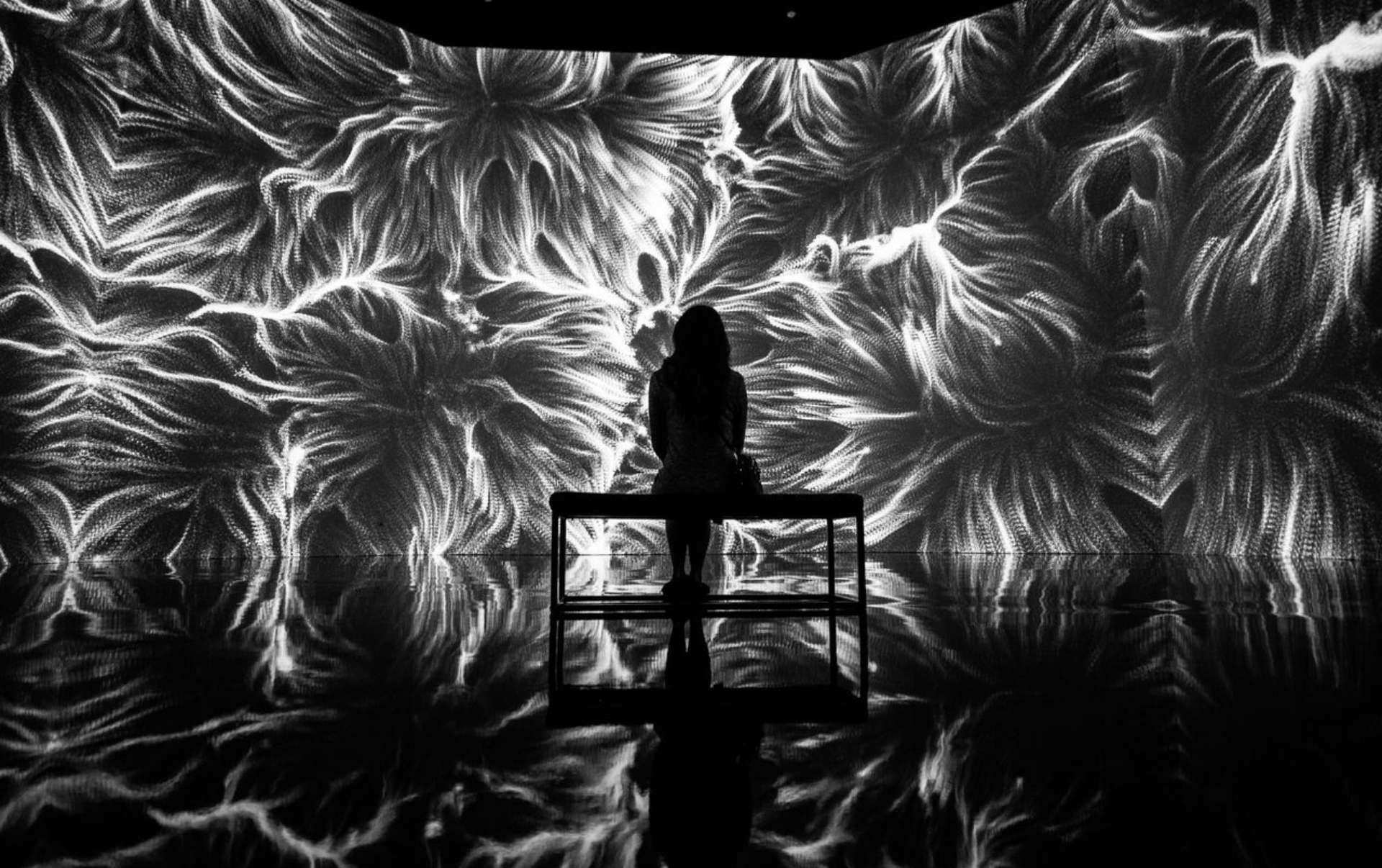 WASHINGTON, DC – ARTECHOUSE, the leading American digital art space, opens its 2019 exhibition season with Everything in Existence by fuse*, an immersive exploration of the connections between art, science, and technological research in attempt to find new ways to explore human nature and the relationship between Everything in Existence.

Everything in Existence is the first North American solo exhibition for the Italian artistic studio fuse*, featuring some of the artists’ most important installations from the past 10 years. The exhibition will be on view at ARTECHOUSE at 1238 Maryland Ave SW, Washington DC from January 17 through March 10th, 2019.

Since its formation, fuse* has drawn on new developments in science and technology to develop new languages and heuristics for discussing human nature and creating emotionally charged artistic experiences that give audiences a sense of connection, communion and collectivization through participation.

“We try to realize projects with the idea of transmitting a sense of sharing and community. Everything in Existence is meant to bring people together in a new place with a new perception of reality, a different point of view and the feeling of being part of something bigger, being part of everything that exists”, says Mattia Carretti, founder of fuse*.

Everything in Existence traces a line that crosses and unites the different phases of this path with four multimedia installations, leading audiences to experience different perceptions of reality, while providing new points of observation to feel part of something bigger.

All of the works in the exhibition are generated by software that processes data in real time, whether that data is derived from interaction with the viewer (“Snowfall”), from social networks (“Amygdala”), from sound (“Clepsydra”) or from the software itself (“Multiverse”).

The work was co-produced and first exhibited at Borgo delle Colonne 28.

“Multiverse” is an audio-visual installation that draws inspiration from these concepts and, through the creation of a sequence of real-time generated digital paintings, represents the eternal birth and death of infinite universes. The concept of eternity and the idea of infinity are translated by the way in which the visitor and the artwork interact with each other. Each scene, however, does not repeat itself in the same form. After thirty minutes,the previous sequence of carrying the “genetic information” of the last visual triggers an evolutionary transition and the exploration of new possibilities through the modification of the so-called fundamental parameters.

The installation consists of an ultra-wide 130ft wide and 24ft high projection and reflective floor surface that generates a vertical reflection of the image. The goal is to increase the perception of reality by giving the impression that the installation is going beyond the physical walls projecting itself into a boundless space.

The emotional state of each and every one of us is conditioned by impulses and stimuli from the outside world, from the people we relate to and from our experiences. All of these factors combine to constantly modify our perception of ourselves and what lies around us. Increasingly, these interactions take place through digital social channels and networks, turning into data that may be listened to, interpreted and used to manipulate our wants, desires and beliefs. Motions shared by users at any given time. “Amygdala” listens to viewers’ shared thoughts, interprets states of their mind and translates the data into an audio- visual installation capable of representing the collective emotional state of the net and its changes on the basis of events that take place around the world.The aim is to visualize the flow of data and information that are constantly being created by users, and that may be heard and interpreted by anyone, in the attempt to stimulate a reflection on the opportunities and dangers of the digital revolution that we are currently going through.

This immersive installation is inspired by gravity, a mental construct long used to measure time. The key feature of the installation is the close connection between audio and video, the correlation of which is achieved through a real-time analysis of samples from the right and left channels which go on to influence and modify their corresponding universes. The visitors find themselves immersed in a non-place, crossed conceptually by sounds and images shifting from one universe to the another.

“Snow Fall” explores the potential of artificial viewing techniques in the artistic field. The system processes images captured by a number of video cameras in real time, picking out the silhouettes of people, and blocking the fall of snowflakes on the forms that people cast onto the wall.

“Snow Fall” was initially staged in 2009 at Palazzo Santa Margherita in Modena and was then featured in 2010 at the finals of the Celeste Prize, displaying the work in action at the Brodbeck Foundation in Catania. The first version was made with infrared cameras, years before modern motion sensors were introduced to the market. In 2015 for the Right Here, Right Now exhibition in Manchester, the installation was completely recreated as an artwork. With the help of new hardware and software, the level of interaction was improved, while preserving the same essential, powerful concept. The addition of an audio soundscape, enabled a new level of experience to the revisited artwork.

Founded in 2007 by Luca Camellini and Mattia Carretti, fuse * is a group of researchers and artists involved in the creation of multimedia works and live-media performances that interlink virtual, artistic and architectural elements, exploring the limitless possibilities of emerging digital technologies, while amplifying the emotional impact of narration on the viewer. The works are created to inspire people, push back limits, and seek out new interplay between light, space, sound, and movement. fuse* has always linked its activity and development to that of the community in which it operates, supporting, promoting and developing projects aimed at spreading culture and knowledge. For this purpose, since 2016 fuse* has been co-producing the electronic music and digital arts festival called NODE in Modena, IT.

ARTECHOUSE, based in Washington, DC, is the first of a kind innovative art space dedicated to showcasing experiential and technology driven works by artists who are forerunners of the new age in the arts and technology. With a mission to inspire, educate, and empower the creation of new, experiential and exploratory art form, ARTECHOUSE connects audience to the arts, and stimulates interest in the limitless possibilities of technology, science and creativity. Since it’s opening in June 2017 ARTECHOUSE has welcomed over 300,000 visitors and was featured in New York Times, BBC, USA Today, National Geographic, CNN, Washington Post and numerous other national and international media outlets as the premier contemporary art space. ARTECHOUSE also houses the first in the U.S. Augmented Reality bar serving drinks activated with its free AR mobile app available on app store and google play.