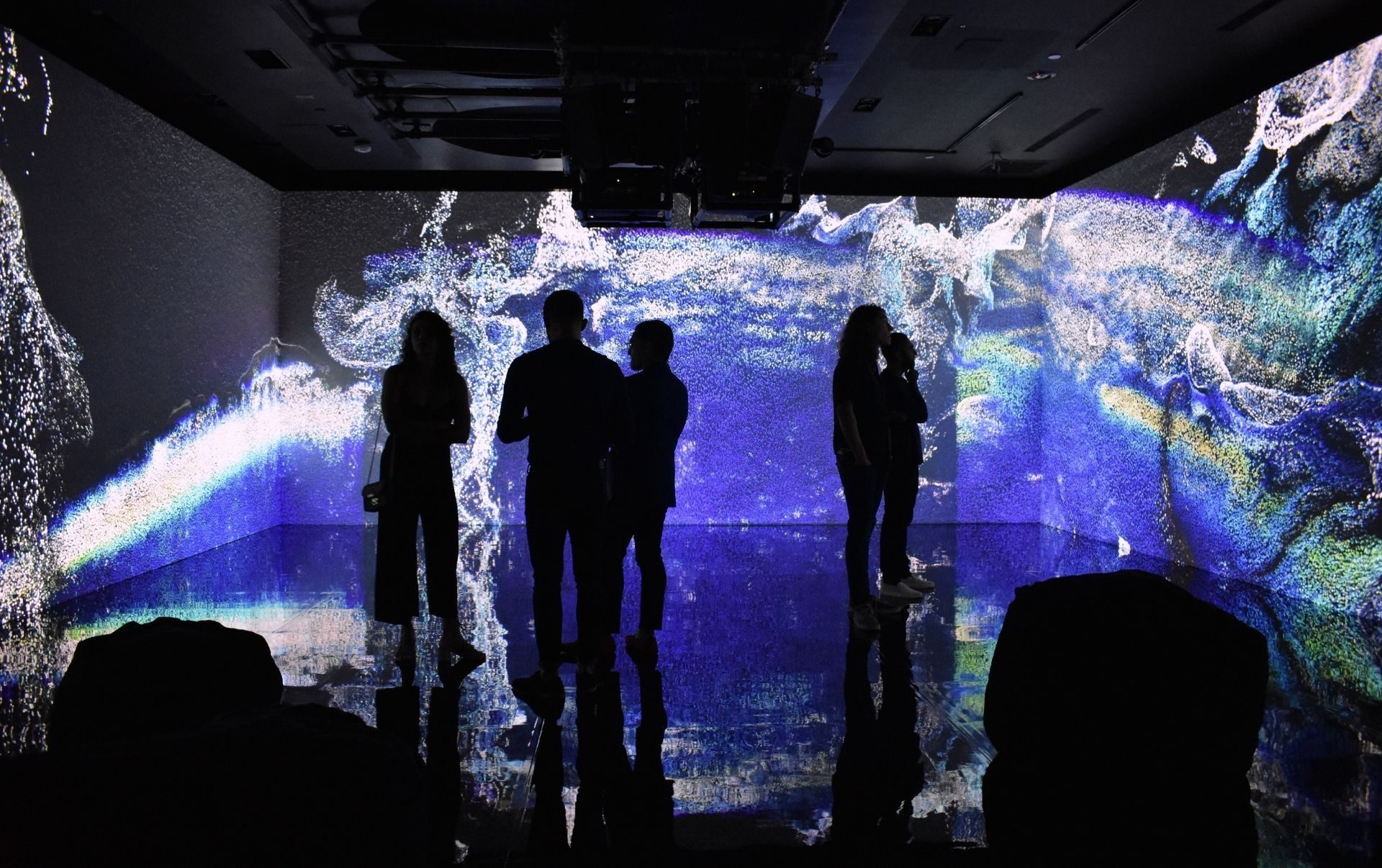 The exhibition is the first major retrospective from the Los Angeles-based, Turkish-born artist Refik Anadol. The exhibition opens to the public on October 5, 2019 and will run through Spring of 2020. It features Anadol’s world-renowned immersive installation “Infinity Room,” which has been seen by more than two million people, as well as a selection of other multimedia works spanning his diverse career.

“The Infinite Space collection represents an opportunity for visitors to challenge their conventional experiences of time and space,” notes Anadol. “In my work, I passionately explore the synergies between human creativity and machine intelligence, resulting in a dramatic rethinking of how we interact, and how we perceive our physical world. By harnessing this creative potential that machines offer, we can enhance our own cognitive capacities and expand the possibilities of architecture, technology and art.”

The great eighteenth-century English artist William Blake famously said, “if the doors of perception were cleansed, everything would appear to man as it is – infinite.” Infinite Space is a collection of works that revisit Blake’s statement, as it seeks to cleanse the doors of perception with the tools available to twenty-first-century artists. The exhibition explores memories and dreams through the mind of a machine, using data sets ranging from human memories, photographs of Mars, cultural archives and sea surface activity as the basis for data sculptures and paintings.

Infinite Space will open for an exclusive press preview on October 3, 2019, VIP early access on October 4, 2019 and will be on view daily to the public starting on October 5, 2019. Invite to follow.

Tickets go on sale to the general public Tuesday, July 30, following the ARTECHOUSE subscriber presale starting July 26. Tickets can be purchased at artechouse.com. Due to limited capacity and anticipated high demand, timed ticketing will be in effect for the duration of the exhibition.

ARTECHOUSE Miami is located at 736 Collins Avenue, Miami Beach, FL, and is open daily. Stay up to date with ARTECHOUSE by following them on Instagram, Facebook and Twitter at @artechouse, and by using the hashtag #artechouse and #artechouseMIAMI.

ARTECHOUSE, founded in Washington, DC, and now with outposts in Miami and NYC, is the nation’s first innovative digital art space dedicated to showcasing experiential and technology driven works by artists who are forerunners of the new age in the arts and technology. With a mission to inspire, educate, and empower the creation of new, experiential and exploratory art form, ARTECHOUSE connects audiences to the arts, and stimulates interest in the limitless possibilities of technology, science and creativity. Since its opening in June 2017 ARTECHOUSE has welcomed over 1,000,000 visitors and was featured in the New York Times, BBC, USA Today, National Geographic, CNN, the Washington Post and numerous other national and international media outlets as the premier contemporary art space. ARTECHOUSE also houses the first in the U.S. Augmented Reality bar serving drinks activated with its free AR mobile app available on app store and google play.

Refik Anadol (b.1985, Istanbul, Turkey) is a media artist, director and pioneer in the aesthetics of machine intelligence. His body of work positions creativity at the intersection of humans and machines. In taking the data that flows around us as his primary material and the neural network of a computerized mind as his collaborator, Anadol paints with a thinking brush, offering us radical visualizations of our digitized memories and expanding the possibilities of architecture, narrative, and the body in motion. Anadol’s site-specific parametric data sculptures, live audio/visual performances and immersive installations take many forms, while offering a dramatic rethinking of the physical world, our relationship to time and space, and the creative potential of machines. Anadol is also a

lecturer and researcher for UCLA’s Department of Design Media Arts, from which he obtained his Master of Fine Arts.